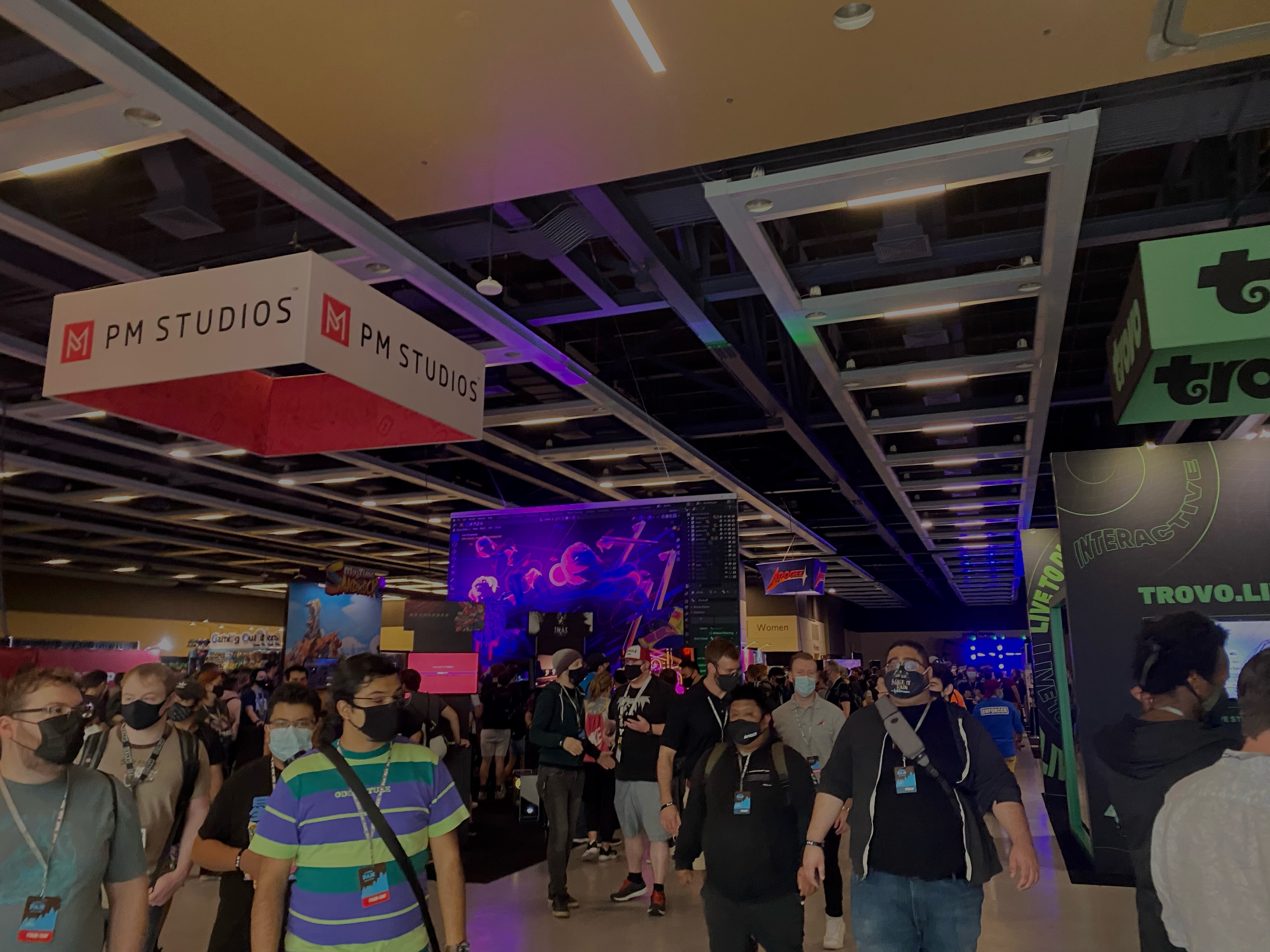 PAX West is a generally loud and busy event, but some sensory tools can make it an amazing experience!  We brought our neurodiverse team, including an autistic teen, to PAX this year to fully review sensory accessibility at PaX west for those that are Autistic or have Sensory processing differences.

The Expo Hall is quite loud and has conflicting sounds, some flashing lights from a few booths, and lots of screens. Overhead lighting is off, which is wonderful and keeps the overall ambient light lower.  There are typically long lines for any game demos in the Expo Hall, so plan accordingly. PAX Arena, the tournament area in the corner or the Expo Hall, is especially loud, with EDM music playing most of the time and Decibels reaching as high as 110 dB if you are sitting in the arena. If you plan on watching in the arena, definitely bring ear protection.

The areas directly outside of the hall (atrium, diversity lounge) are much calmer and quieter

The console freeplay area has somewhat harsh overhead lights, and has a tournament in the corner of the room with a loud emcee. All of the consoles play their noise out loud at a low volume, which creates some conflicting sound and also makes it hard to hear your own game. The PC freeplay area is much calmer, with dimmer lights and headphones at each computer. We recommend the PC freeplay over the console.

Fortunately, PAX has a quiet room on the 6th floor; A completely silent ballroom with tables and chairs. This is a great place to get away from the noise and bustle of the con!  It is not dark here unfortunately, but it is nice and queit.

I liked that the overall Convention Center lights were off, which meant for a calmer, dimmer atmosphere for a majority of the boots in the Exposition Hall. Since there are bursts of sound here and there, especially in the areas mentioned above, we recommend bringing headphones if you are sound sensitive. There is a quiet Diversity Lounge on the same floor as the Expo Hall, where one of the booths is handing out Neurodiversity Kits! Enjoy PAX! 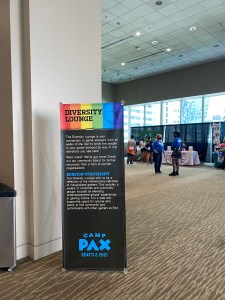 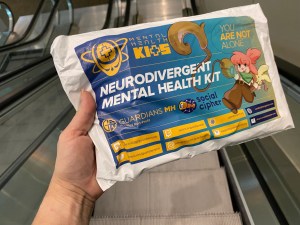